As International Day to end Violence against sex workers is marked across the globe on 17th December  http://www.december17.org/  we wanted to reflect on the continued high levels of targeted violence and hate crime committed against sex workers and also some of the changing trends in crimes experienced by sex workers as sex work itself changes, as do wider crime patterns.   As Beyond the Gaze is focusing on the working conditions, safety and regulation of internet based sex work the safety and crime issues faced by people working in the online sector are very much on our minds.

Whilst it is important to stress that most commercial sex interactions go without harassment and violence research indicates that sex workers are more at risk from targeted harassment and violence than the general public and many other occupational groups – these risks varying according to sex working sectors, with many studies showing  higher levels of violence against street sex workers. A systematic review of research on the correlates of violence against sex workers globally was carried out by Dr Kathleen Deering  (University of British Columbia) and a team of researchers. This was  published in the American Journal of Public Health  in 2014 were they  reported that workplace violence over a lifetime was recorded by 45 to 75% of sex workers, with 32% to 55% experienced violence in the last year. 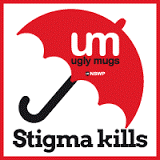 In our research we have found that the relationship between sex work and violence is shaped by three key elements which allow for differences in the research evidence on the levels of violence between sectors and across different jurisdictions. Firstly, the environment /spaces in which sex work takes place, this acknowledges the different locational and organisational factors which shape safety across sectors.  Secondly, the relationship to the state, that is  where a particular form of sex work sits in the regulatory systems, it’s legal status, how and the extent to which it is criminalised and how those laws are enforced.  For example, in legal frameworks that criminalise sex work or have quasi criminalisation with some activities associated with sex work  criminalised, a  difficult context is created where it is hard to gain sex worker confidence and trust in the police. When the police are involved in arresting sex workers, their clients or others who work with sex workers and are also the organisation sex workers must look to for protection and to report crime it is challenging for trust in the police to be achieved.

One of the reasons for 17th December is to remember those people in sex work who have been murdered.  In the UK  public imagination when sex worker murder is discussed, people tend to recall the serial murders of  street sex workers such as the five women  tragically murdered in Ipswich ten years ago, Gemma Adams, Tania Nichol, Anneli Alderton, Annette Nicholls and Paula Clennell.   Since those murders in Ipswich 42 sex workers in the UK have been murdered who  are recorded on the database maintained by National Ugly Mugs (NUM).  If  we take the period from October 2013 to the last (known) sex worker murder in the UK in February 2016  eighteen  people have been murdered. Of these  56%  worked indoor/online,  28%  worked on the  street.  (Please note for 16% how they worked was recorded as not known in the NUM  data base). Now compare this to UK sex workers murdered during 2007-2012 21 people were murdered,  71% worked on  street,  24% worked indoor/online and  5%  street and indoor, indicating an increase in the proportion of  indoor/online sex workers who were murdered.

Since 17th December 2016 the NUM database records three murders of sex workers in the UK,  Daria Pionko in Leeds, Georgina Symonds  in Newport and Jessica McGrath in Aberdeen.  Jessica and Georgina worked in escorting and Daria on the streets. So the issue of violence against sex workers and other crimes are very relevant for the online sector.  Indeed as the online sector is the largest sector of the sex industry in UK it is no surprise that those who target sex workers also target people working in this sector. 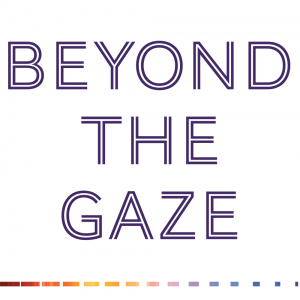 Beyond the Gaze is the largest study to explore online sex work in the UK and a key focus was exploring the strategies online sex workers use to try to protect their safety and also to examine crimes experienced by workers in this sector. Very little research prior to BtG had examined crimes experienced by online sex workers and BtG has we hope made an important contribution to research in this area which can inform policy and practice. Key BtG findings relating to safety strategies and crimes against sex workers were published in November 2018 in the British Journal of Sociology Campbell, R et al ‘Risking safety and rights 2018 online sex work, crimes and blended safety repertories’ To read the article go to https://onlinelibrary.wiley.com/doi/full/10.1111/1468-4446.12493. Rosie Campbell and Teela Sanders have written a blog post based upon this publication that originally appeared in Sociology Lens. An abstract of this will be published here on the BtG website on Monday 17th December 2018, to mark IDEVASW.

Also in recognition of IDEVASW Rosie, last year, wrote the below piece and we felt it fitting to re-post it here, with a few amendments to bring it up to date. Rosie is still very active in sex work research, writing her forthcoming book on sex work and hate crime and is now Post-doctoral Research Fellow at the University of York. Here is what Rosie has to say on IDEVASW:

International Day To End Violence Against Sex Workers is marked every year globally on 17th December.   This day was created to call attention to hate crimes committed against sex workers and to remember those who have been murdered.   It was originally created by The sex workers outreach project in the US   http://www.new.swopusa.org/ as a memorial and vigil for the victims of the “Green River Killer” in Seattle Washington. It has grown to be a global event, where sex workers, sex work support projects and their allies  come together in towns and cities around the world to remember sex workers who have experienced violence,  to highlight the need for sex worker rights to safety and protection to be respected and enshrined in laws and polices and to challenge stigma, criminalisation and laws which undermine sex worker safety and contribute to violence.

Matt Valentine-Chase, a previous researcher (now webmaster) in the Beyond the Gaze team,  has produced a short slide show video to mark the day on behalf of the team, this will be live on the site on Monday 17th December 2018.

On the 17th December and the days near two it lots of events, actions and remembrances are taking place across the globe including in the United Kingdom.  National Ugly Mugs (NUM) lists some of these on their website where you can also find NUM’s 2018 IDEVASW campaign – ‘Say Their Names’ – this is a powerful and heartfelt initiative. Please visit www.uglymugs.org for further information. You can also download their PDF memorial flyer by clicking the link at the bottom of this post.

In solidarity with sex workers and in remembrance,

Rosie Campbell and the Beyond the Gaze Team